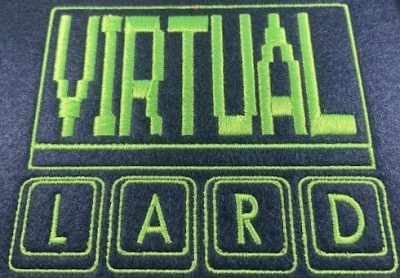 This past Saturday, I played in Virtual Lard IV. This event started last summer and now has increased in size markedly, I believe there were 23 games, some played in two time slots and with 4 players a game, that is pretty big.
I played in a Chain of Command game, put on by John E in Virginia and I have to say he put on a great game. You can see by our pensive looks at the top of the screen, that there was a lot of heavy thought. I was teamed up with Tom from Ireland who was playing his 1st CoC game but as an active serving military officer had a lot to offer. We had the Germans. The Americans were played by Jeff in Wales and Greg in the US, they were extremely cunning opponents. The Germans were approaching from the east and had the objective of taking the church. 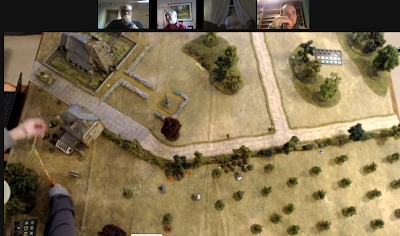 I have put a link to the scenario with John's permission here. Let us say this was a well thought out, fun and balanced scenario. Neither side new what the other had, even down to the type of platoon. The game went back and forth for 4 hours. I thought we had lost it early but we were able to build an excellent base of fire to the south with an attacking force to the north. I believe then that the "dice gods" started to favour the Americans. Every time we had to roll for an officer he was killed and the Americans had some great defensive rolls. Not withstanding though each side's Force Morale was knocked down. The Germans had to abandon their attack when their FM went to 2, while the Americans were still at 3! It was really a terrific game and kudos to Jeff and Greg for playing a great game. I am not big on writing detailed ARs but here are some photos that John had taken. 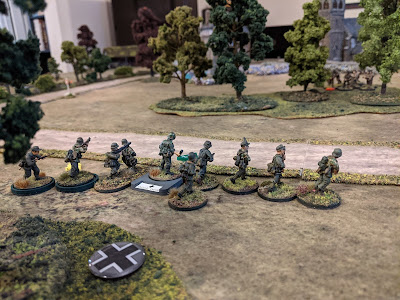 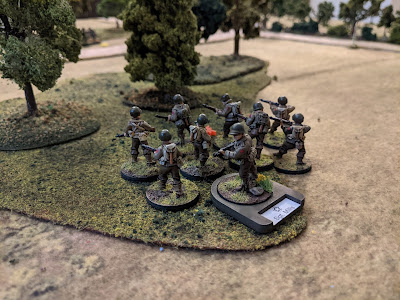 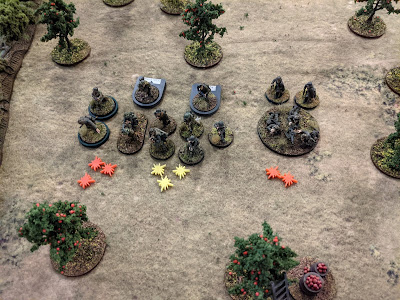 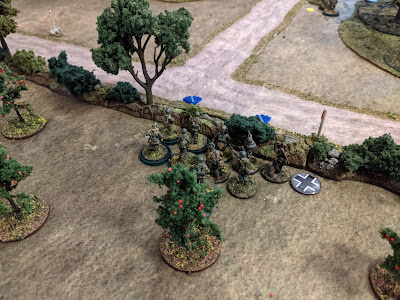 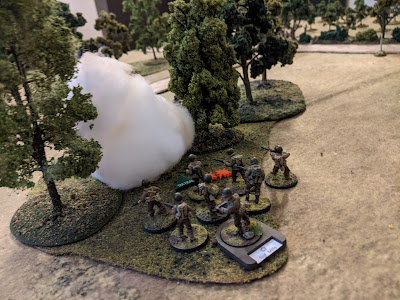 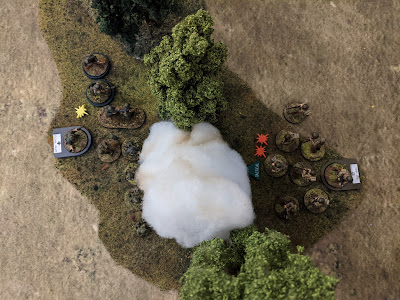 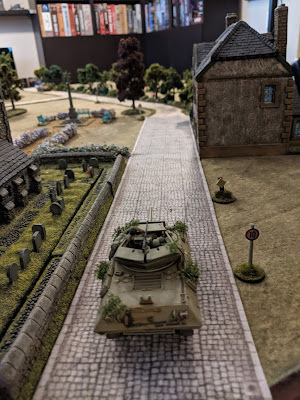 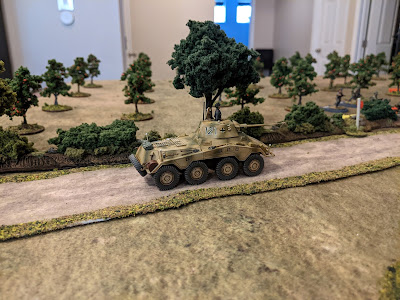 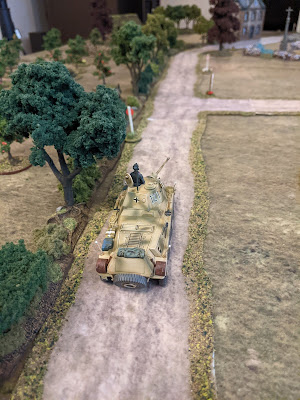 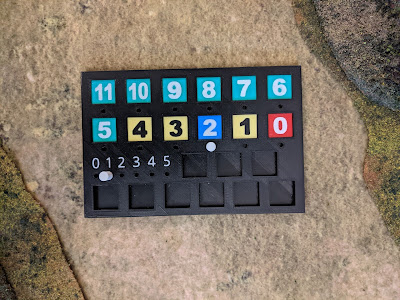 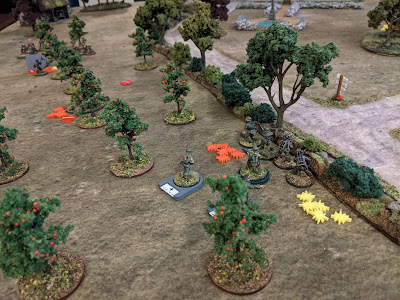 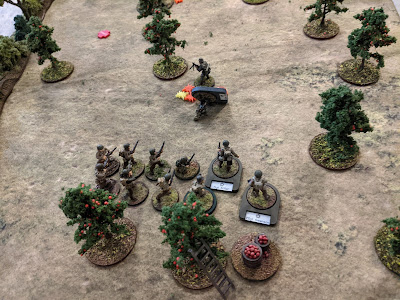 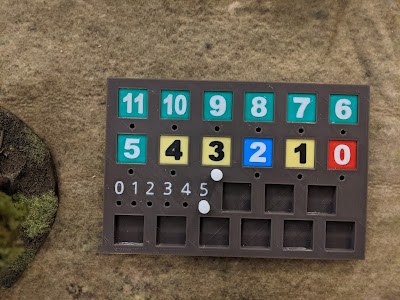 Many thanks to John for putting on a great game, for the other gamers for playing and for Jeremy for organising another great Virtual Lard event.
Posted by john de terre neuve at 07:09