These very nice 20 mm British engineers are from SHQ miniatures, I had understood that these 20 mm figures were smaller then most, but then fit in nicely with the rest of my 20 mm figures from PSC, AB, CPModels, TQD miniatures and Warmodelling (list gets longer and longer). Some duplicates, but overall nice clean sculpts. Some mine sweepers, flamethrowers, dynamiters are all represented. I really like the guy with the dynamite. First attempt at camouflage in the helmets. I still have not decided if these are British or Canadian troops, so no shoulder flashes yet. But as we can see there is not much difference at this scale.

Anyway on to the photos. 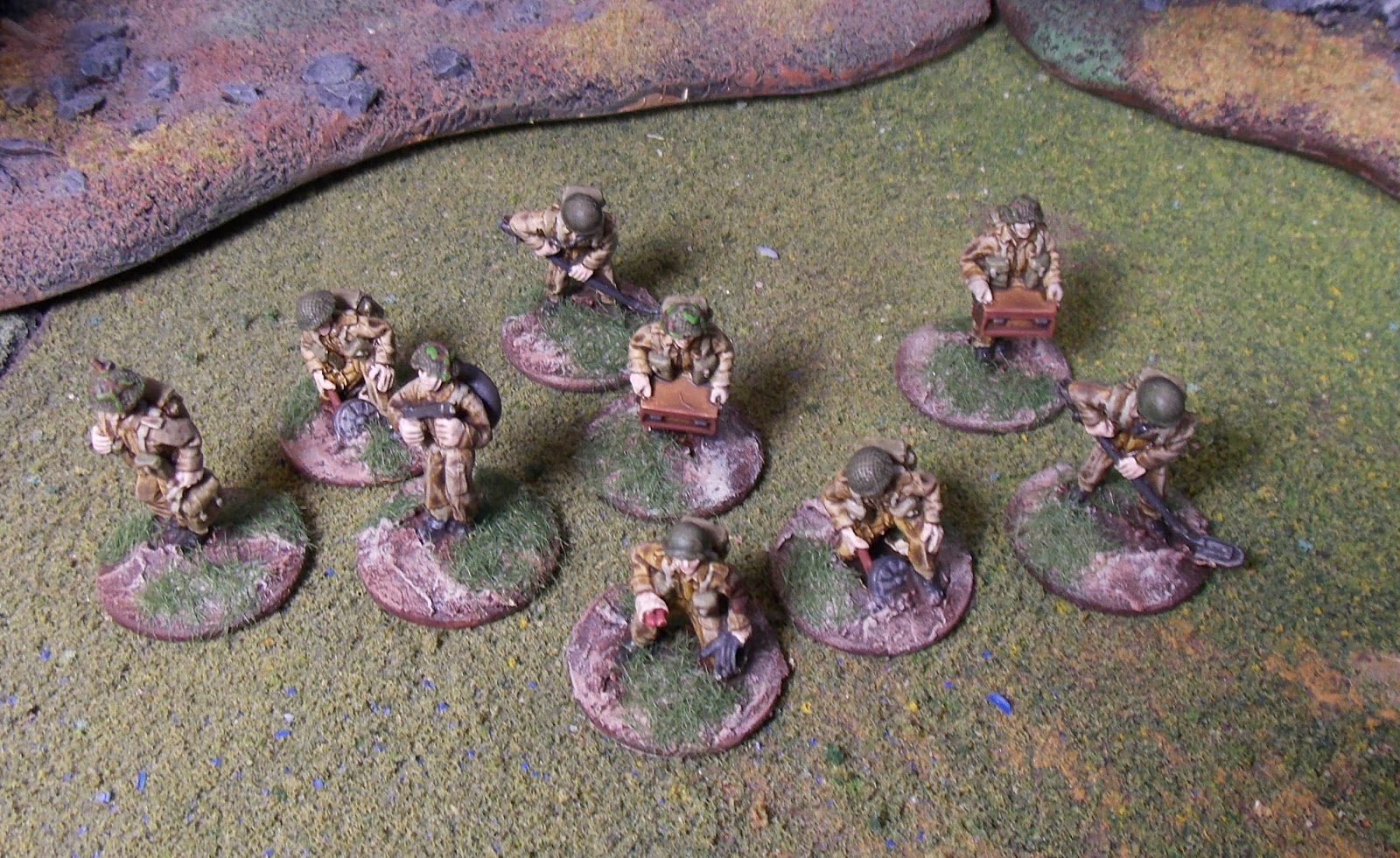 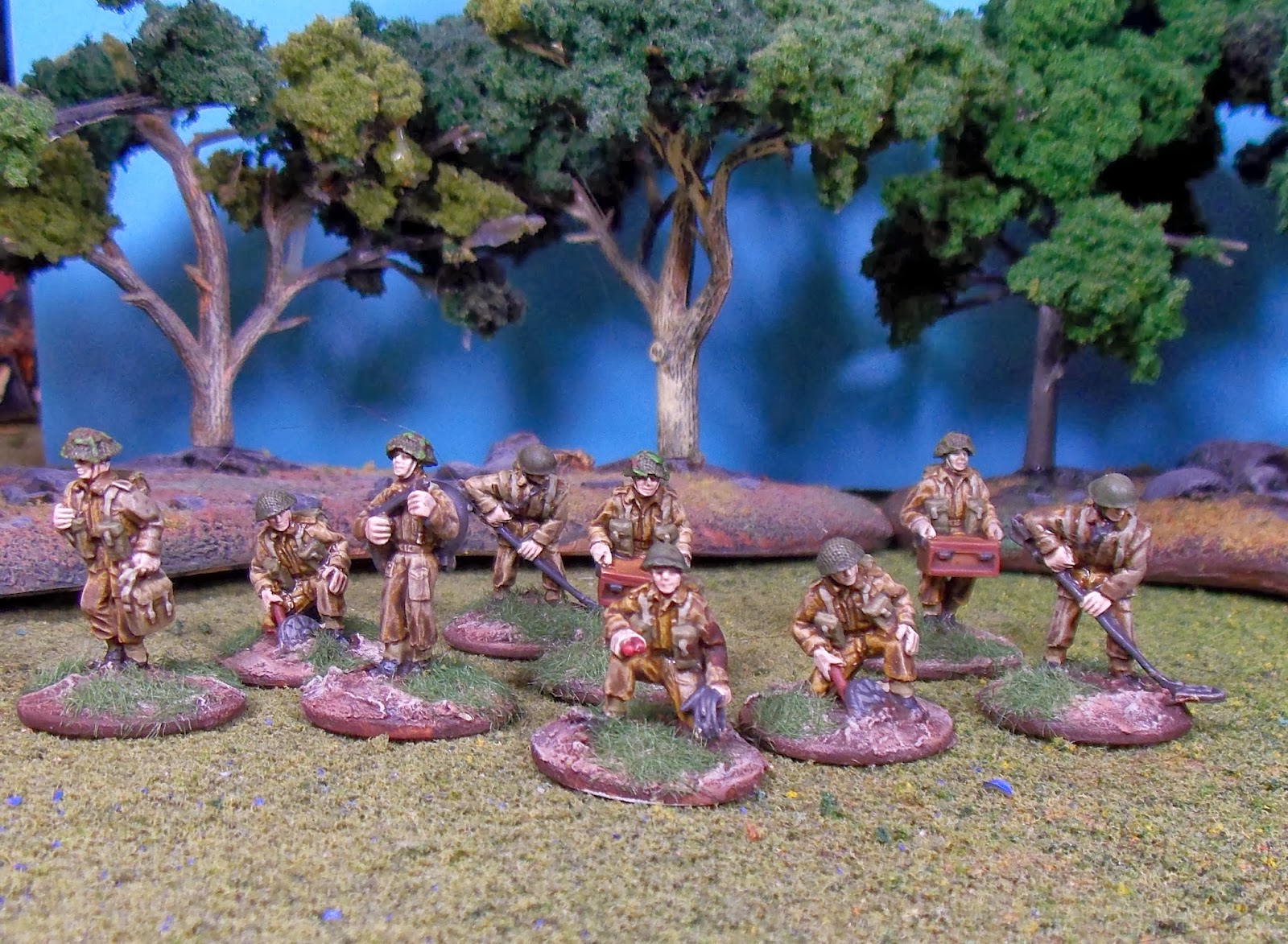 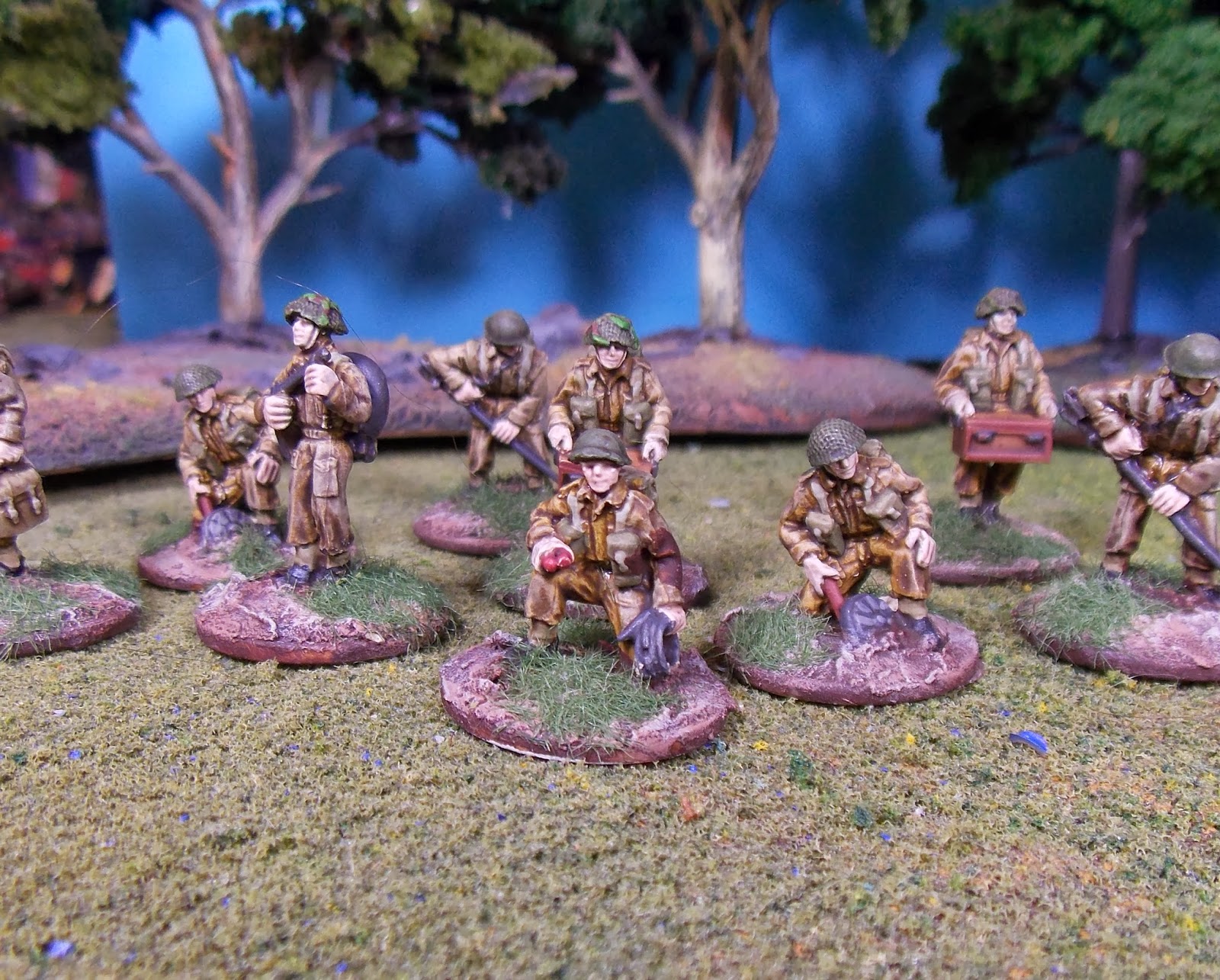 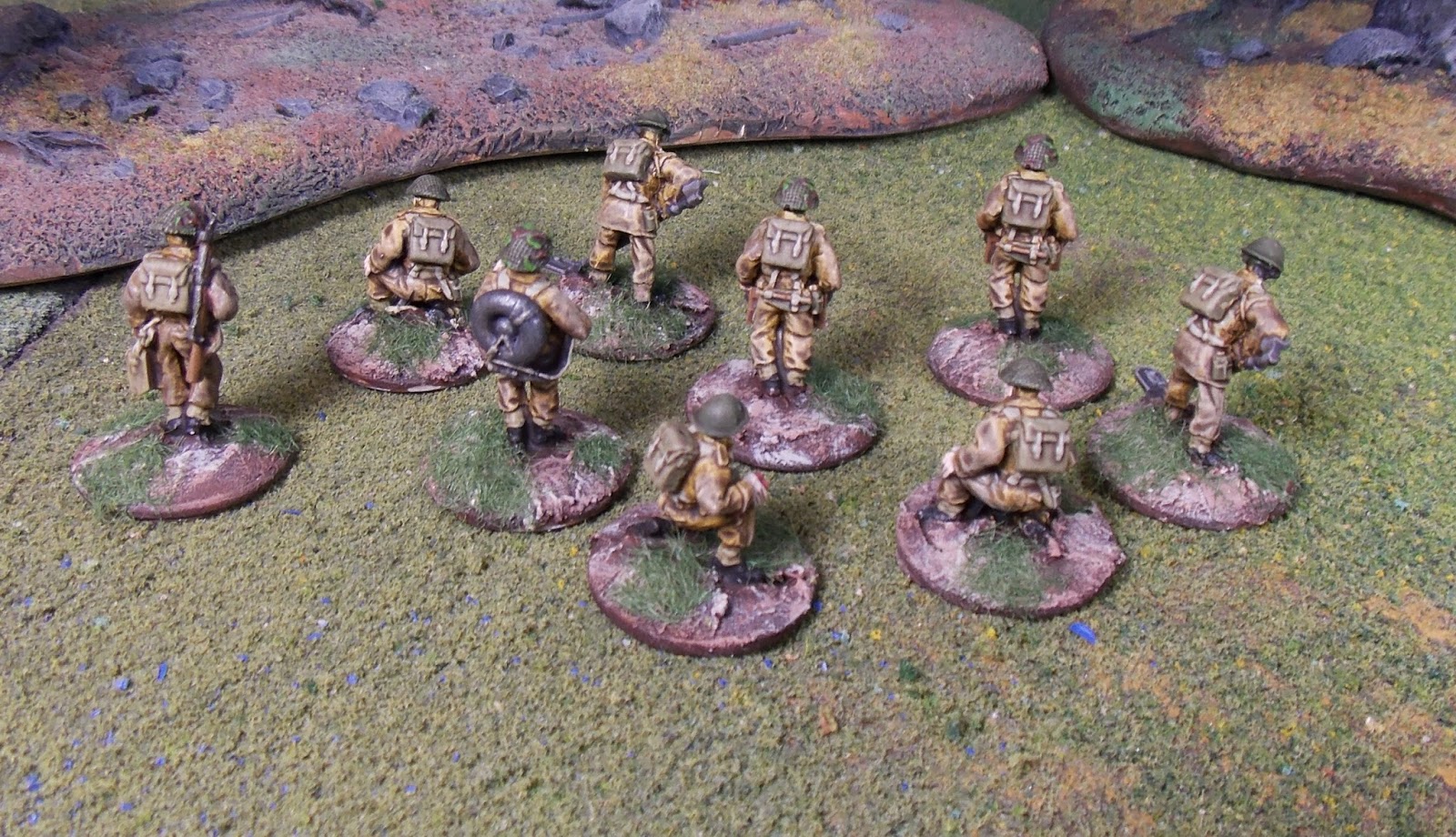 Slowly and surely closing up on my British forces for Chain of Command. Really not much more to add for support aside from some AFV's. Just finishing up my second platoon for the British; some paratroopers.
Posted by john de terre neuve at 12:54