For the OB and derivation of the scenario, please see this earlier post. 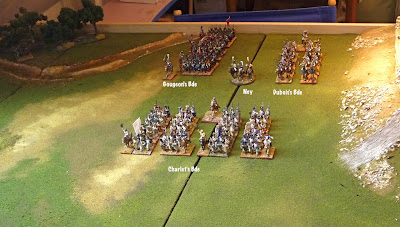 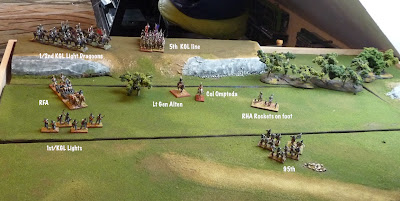 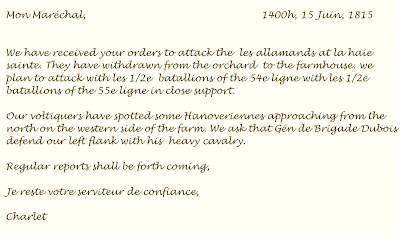 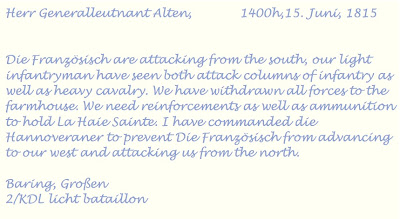 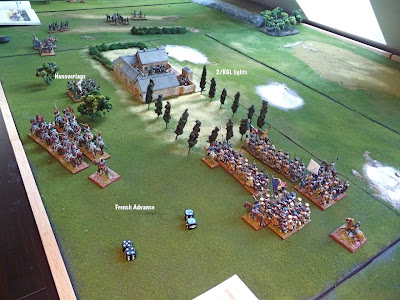 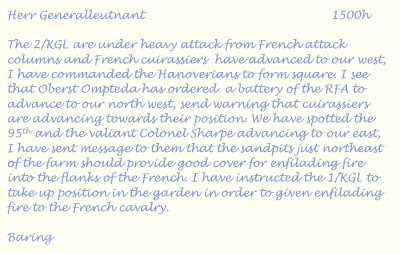 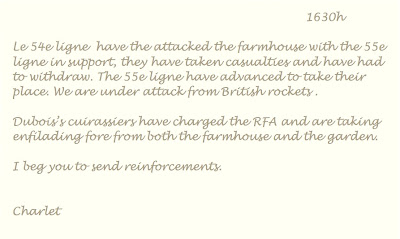 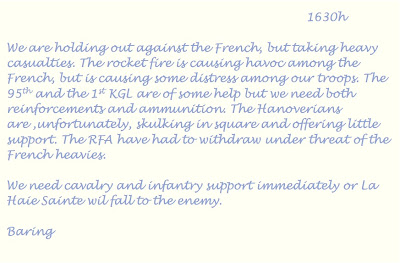 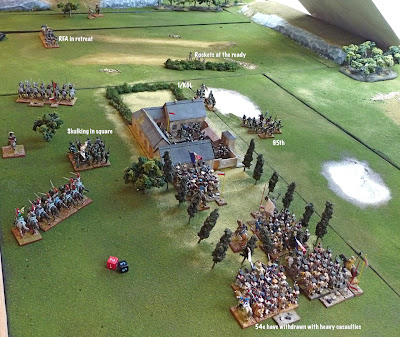 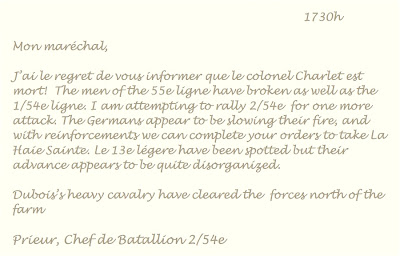 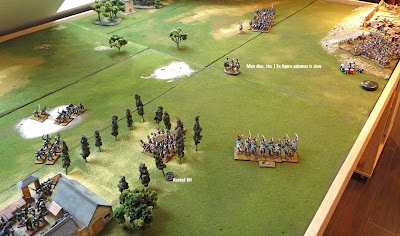 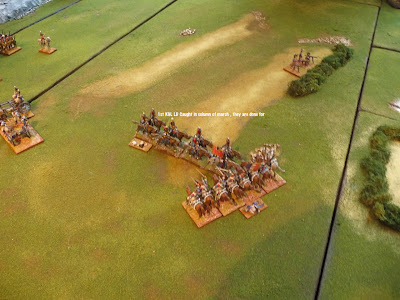 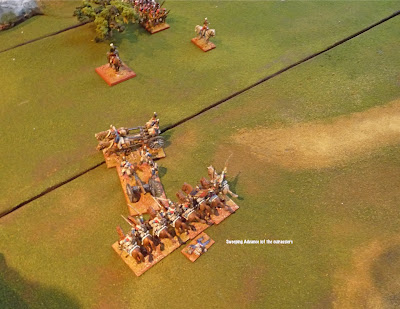 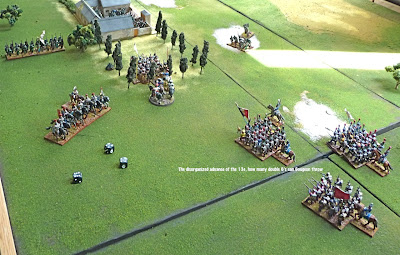 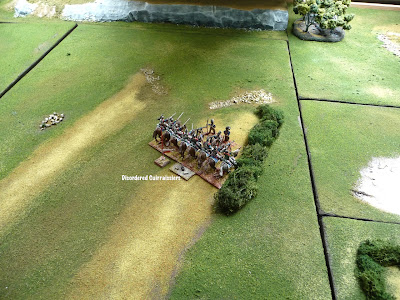 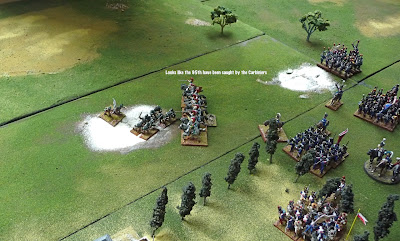 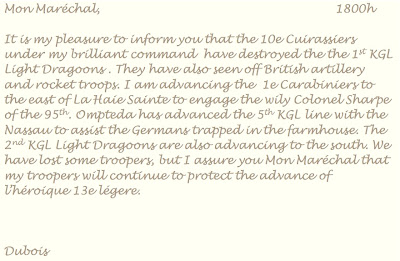 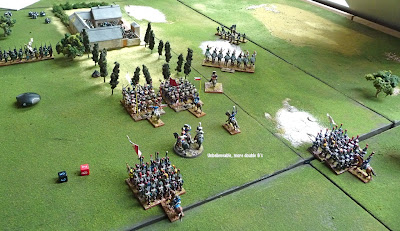 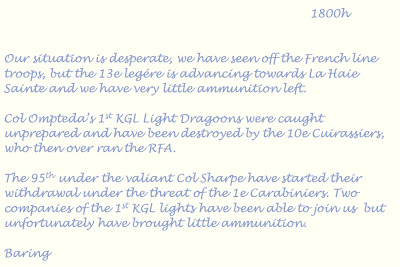 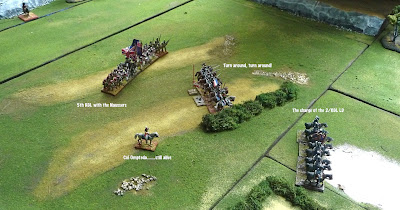 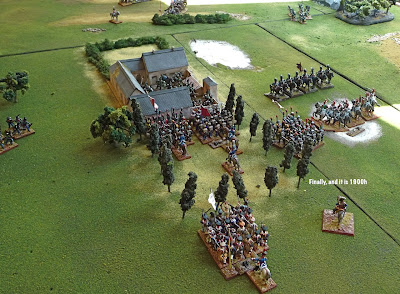 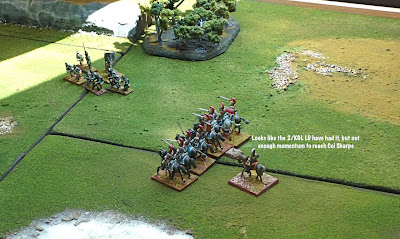 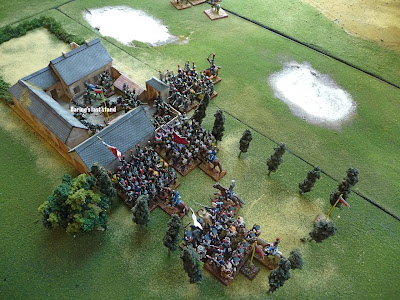 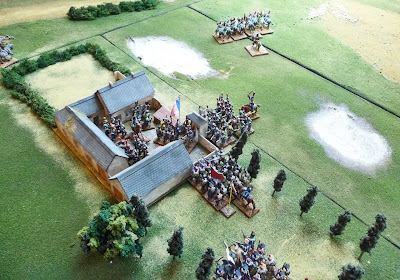 Final thoughts
As you can probably tell, I believe the Black Powder rules worked superbly for this scenario, with the only adjustment being some minimal changes to the BUA rules in respect to firing and hand to hand combat as discussed in the playtest post. The rules themselves are just as easy to pick up as Lasalle, but are quite a bit more flexible in respect to dealing with different unit sizes and attributes. I really liked the ability to give certain units scenario specific attributes, the Marauder ability given to elements of Baring's command was very useful in allowing the 95th, 1/KGL and the rockets the ability to operate independently of command distance. Characterising the 2/KGL as Valiant gave Major Baring that one extra chance to hold out at La Haie Sainte until quite late in the Battle of Waterloo, thus recreating history. I hope the series of dispatches is not too confusing, it was a lot of extra work, but I wanted to do something different.
Anyway, time to move on to something completely different........
(40178)
Posted by john de terre neuve at 14:11