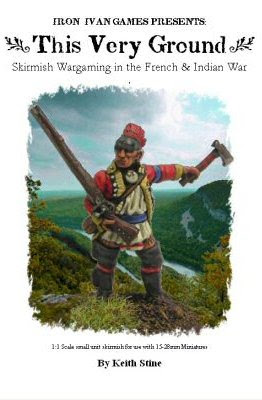 So it was a marginal victory to Iannick, I certainly killed many of the Indians and he had quite a number of rout markers while I had none but he did get 7-8 of his figures off the table as well as his Warleader. It was a fun game with a nice set of rules. Although I am keen to play FIW SP2, a significantly larger numbers of figures would be required. For less than 25 figures per side, this is an excellent ruleset and I can recommend it without reservation.
Posted by john de terre neuve at 11:02