Myself and Adam got in a much delayed Game in our Dark Ages campaign the week before last. The Britons had the Saxons on the run in the campaign so this was going to be one of those final big battles. By now we both have expanded our war bands and decided to both introduce cavalry to our forces.

Adam has the usual excellent action report on his blog the Fencing Frog. The terrain was laid out as a forest with many open smallish meadows. I converted one of my elite units to shock cavalry as per the Dux Raider supplement rules and we decided to allow the Saxons to convert one of their warrior units to light cavalry. The battle was initially fairly even but as it progressed I came less cautious then I am usually (maybe due to working until 3 am the night before) and really pressed my troops in. Well I ended up with my worst result ever losing I think 42 men, one noble captured and one killed giving Adam an astounding 7+ victory.

A siege then ensued and just by the skin of my teeth was I able to challenge the siege in October 555. We have gone through 5 years of history and are enjoying the campaign still. We play our next game in front of the gates of Caterick next Thursday. It should be a good one. 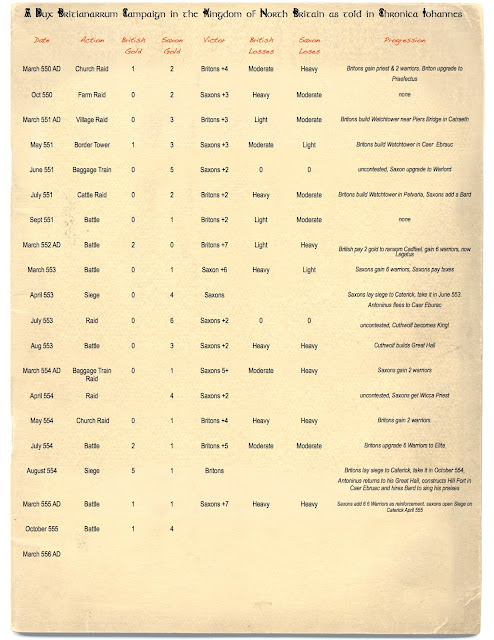 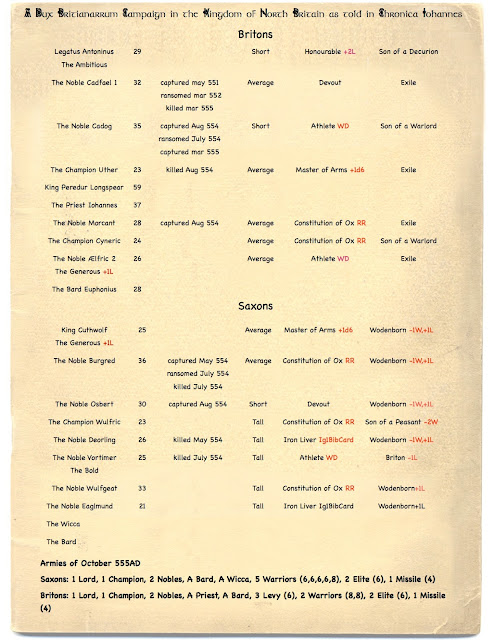 I have really done a lot of painting recently especially with WWII armour and terrain but seem to have transiently lost interesting in photographing things. Hopefully this will soon pass as I have lots of work to exhibit.

I am looking forward to putting off my Falaise Gap CoC game in a couple of weeks at the annual Boston Trained Bands game day. I was involved in CoC game yesterday at the Hobby Bunker, which was somewhat personally challenging in respect to my knowledge of the rules. After some review on the TFL forum, I am hoping to be well placed to GM the game.