Time to post again. I have been industriously working on the 6th Corps, but needed a break from the blue infantryman. I felt some cavalrymen would be nice, so decided to do the cavalry brigade attached to the corps. This was a pretty small brigade with just 8 squadrons of troopers. I wanted to put in all figure types, but had to leave out the musicians as I would have had no troopers! So each 4 figure group has an officer, standard bearer, elite and trooper. When I paint the next unit, I will leave out the officer.
Brigadier-General Auguste Étienne Marie Lamotte was the officer in charge of the brigade, I can find little about him. He started off with the 4e Dragoons, but here he is in a nice Hussar uniform. All the figures are Front Rank, I did the Lamotte figure about 16 months ago and my technique has really progressed. I really enjoy using washes over a white primer. 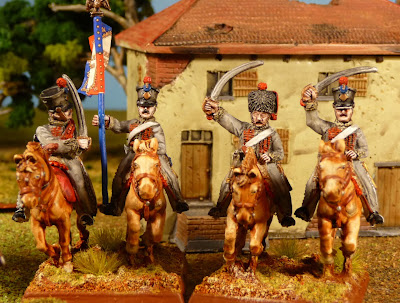 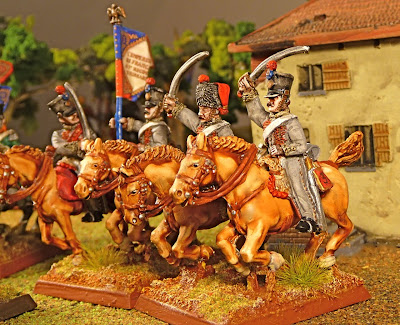 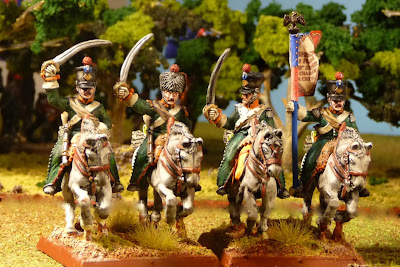 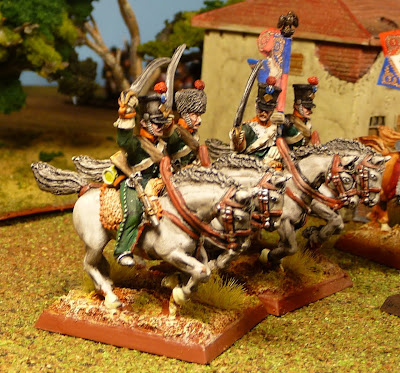